I’ve mentioned in my previous #MangaMonday Recommendations post that this is going to be a regular feature: every 2nd and 4th Monday of the month, I am going to recommend you manga based on a specific theme. I had also asked if anyone was interested to participate with me and recommend manga using the same themes through their own social media channels. I had enough replies that I’ve posted the upcoming topics on my blog. You can find them under the “challenges” menu at the top of any page, or go to: https://mangahoarder.com/mangamonday-recommendations/

Today’s #MangaMonday Recommendation is for short *shōnen manga series and standalones. This topic was inspired by a comment I received on one of my YouTube videos recently. (If you have any other suggestions for future topics, please feel free to leave a comment below!)

When you think about shōnen manga, what series comes to mind?

I am willing to bet that most of you would tell me about some long “battle” or “sports” series that you’ve read. It has 20+ volumes. And might even be published by a ‘little known’ magazine called Shonen Jump… Was I close?

These long, action-packed series are the show-piece of the demographic. There is a reason that they’re popular – with their strong characters, epic battles and engaging stories. They are fun to read. And personally they are some of the first series I would recommend to you if you wanted to try shōnen manga for the first time.

But, despite how long these series are, they are actually more of the exception than the rule! Japan publishes many more short series than they do these sweeping epics. But we have more exposure to these series because they are so popular, and (mostly) because the publishers of these ‘little known’ magazines have a working relationship with English-language publishers! It’s just what’s been primarily available to us.

But, even so, there are a few very short series that I think are worth reading – that have fortunately been published in English! 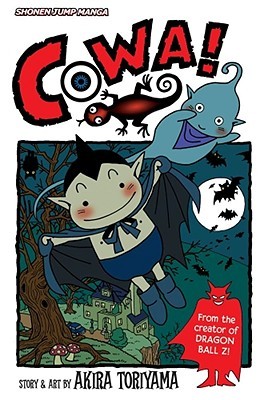 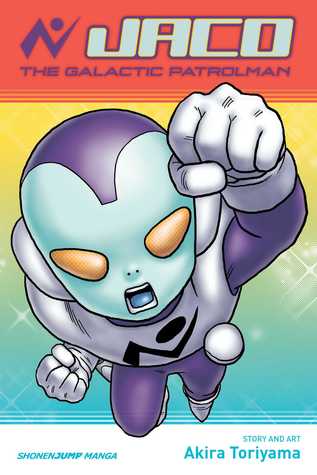 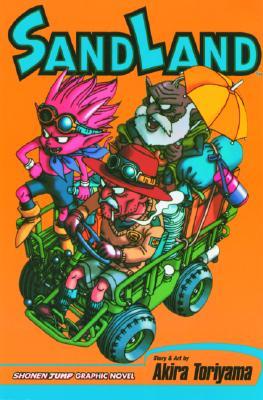 If you only pick one thing to read from this list I would want it to be Cowa! by Akira Toriyama. This is a children’s manga (probably more geared towards grade-schoolers than teenagers), but I would easily recommend it to any reader! It’s about a young half-vampire/half-koala (or COWAla) and his ghost-friend Paifu who travel to find the medicine needed to save their village from the monster-flu. It’s a fun adventure with delightful characters, a great message (about not judging people by their appearance), a satisfying story, and charming art. Plus, the first chapter of this is printed in full colour! Well worth reading (and collecting)!

Jaco: The Galactic Patrolman and Sandland by Akira Toriyama

Akira Toriyama is most famous for his Dragon Ball or Dr. Slump series. He definitely knows what he’s doing when he’s writing manga. Whether it is one of those 20+ long series or a single volume like these, they are worth your time! You will definitely notice a parallel with these to Cowa! and the original Dragon Ball series. They all feature a young protagonist who is on a quest/adventure and aided in his journey by a reclusive and lonely older man. The characters are engaging, the adventures are fun, and everyone learns a heartwarming lesson. Plus, if you’re already familiar with, and like, Dragon Ball Z (in particular) you will love Jaco! His story takes place in the Dragon Ball Z universe, and even crosses-over some familiar time-lines. 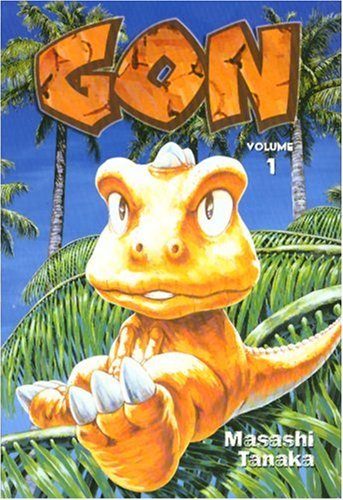 Gon by Masashi Tanaka (any volume)

When I was originally trying to construct my list I wanted to only share with you series that were 3 traditional volumes/digests of manga or less. Gon is a 7 volume series. But, I’ve included it here because you don’t need to read all of it to enjoy it!

The story follows a small T-Rex who lives in the natural world. It is a completely wordless (devoid of both text and sound effects) and follows a small animal doing what you’d expect animals to do. Sometimes he is helping other animals, sometimes he is fighting other animals, but mostly he is just trying to enjoy his life. Despite the lack of text, this is an engaging “read.” The art is highly expressive and articulated — and a pleasure to look at! Plus, since this is essentially a compilation of short stories, you really only need to read and buy the volumes you’re interested in. 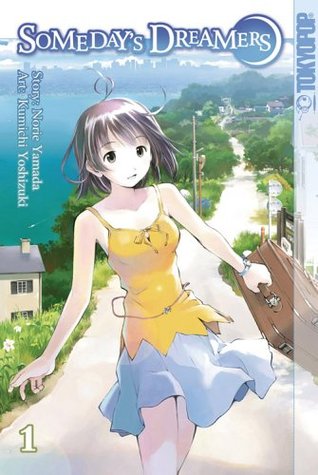 This is a two-volume shōnen manga about a young magic-user in training. She leaves her quiet town to go to Tokyo and take up an apprenticeship. This apprenticeship is a stage she needs to pass in order to get her license, and make magic her career.

Don’t let the cover of this fool you. This is shōnen manga. It definitely has a different feel to the battle and sports series you might be used to: more similar to A Silent Voice than to One Piece.

This series seems more interested in getting into the minds of its characters than in plotting a complicated story. And at only two-volumes does a surprisingly good job of this.

It is out of print, so it will be a bit harder to locate. But, if this is the type of manga you like, you’ll find it worthwhile adding to your collection. I would urge you though, to avoid reading the description on the back of the book. Or at least, don’t believe everything it says. Someone compared this manga to Sailor Moon + Harry Potter. If you go into this manga thinking that you’ll get the flavour of either of these, you will be incredibly disappointed in it!

If you like this, there’s also a 5 volume follow-up series called Someday’s Dreamers Spellbound – and an anime adaptation that’s worth checking out, as well!

*shōnen manga is a marketing demographic for manga. It means that it was originally published in a magazine who’s target readership is boys (children through teens). Now, shōnen tends to be considered more of a “catch-all” or “everybody” demographic. But more on that in a future post.