Today’s topic is “Playing Games in Manga.” It’s a popular and frequent topic in manga. Not only that, it is also a popular hobby for many manga readers.

I grew up playing games. And though, I wouldn’t call myself a gamer, I still end up playing games with friends and family on an almost weekly basis. As for video games, I think my first experience was when my father bought me my own game for the Atari 2600. Which game? Only the Best game ever!!

Okay, so maybe this is a good example of when games are better left inside the pages of comic books… [I still like it though]

Here are my recommendations for game-centric manga!

Portus by Jun Abe features video games. It is basically about a mysterious video game that has a curse on it, and when someone plays it, they take on the curse and are driven to suicide.

It is a horror manga and it is quite grotesque, so it takes a certain type of reader to appreciate it. But, if this is the type of manga that you like, I would recommend you give it a try.

Chihayafuru by Yuki Suetsugu features the Japanese memory card game called karuta. It is a josei sports manga where a young girl is getting passionately interested in the game to the point of being a professional-level player. (Apparently you can play professionally!) She is originally introduced to the game by a classmate, who quickly moves away. But, she continues to play in hopes of meeting him again.

I’ve unfortunately only read the first 2 volumes so far, since they were the only volumes that are available in print in English (or actually in a bilingual edition from Kodansha Japan). But Kodansha does have an English version available digitally on their website, and this may be the one time I finally give in and “buy” a digital copy. I’m crossing my fingers that they do a physical printing. At any rate, all I’m saying is that I think it’s worth reading! 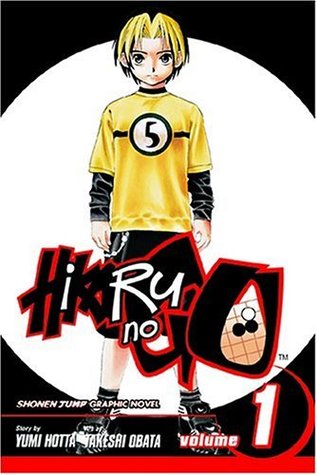 Hikaru no Go by Yumi Hotta and Takeshi Obata is a story about the game of Go (or igo). And without saying more about this manga, I can tell you it was responsible for revitalizing the game itself by creating a passionate interest in fans. Even I got on the bandwagon and bought myself a Go Board when I was watching the anime version of this.

Go is a tedious strategy board game where you place black and white stones on a grid to capture territory. It is often compared to the game of chess… but it is much, much more complicated. And, it takes hours to play a single game.

Despite the somewhat dry subject matter, Yumi Hotta has been able to create a thrilling and engrossing sports manga. This title features a strong lead character who matures and develops over the series, and compelling side characters who have rich back stories. If you’ve been avoiding reading sports manga because you don’t think it’s for you — this title will change your mind about the entire genre! It’s one of the very best! 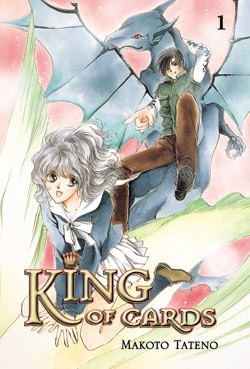 King of Cards by Makoto Tateno features the made-up card game of Chaos. This is a modern fantasy-style card game that is described in the manga as being similar to poker, but it looks a lot like the “yu-gi-oh” card game, and is probably inspired by it (and card games like it.).

This is a fun shojo manga where a girl gets inspired to start playing the game because she has a crush on her cousin who happens to be obsessed with it. On her first day buying a starter pack, she mysteriously receives the rarest card in the game. Now all of the gamers from miles around want to battle her to win her famous card.

So, the relationship with her cousin is a bit weird… and the games are complicated to follow and seem just a little too convenient. But, this is still a fun and compelling read with a good-hearted main character, and like-able villains. It is definitely worth picking up if you see it in a 2nd hand book shop! 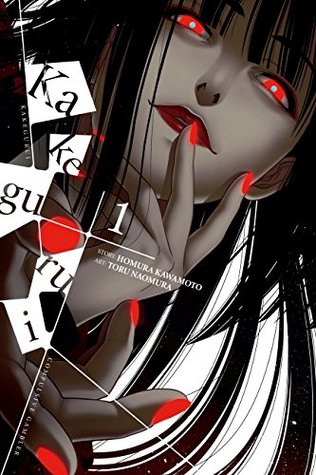 The final title I’m recommending today is Kakegurui : Compulsive Gambler by Homura Kawamoto and Toru Naomura. Like the name suggests this is heavily based on games of chance. Originally I had thought this was going to be more geared toward poker but this is more based on made-up Japanese casino-style games. Some of the games were quite creative (maybe they were inspired by Japanese game shows?), and seemed so logical to play with easy to follow instructions.

This is about a school for the wealthy elite. But rather than being taught the basics like reading and writing, they are instead taught the important “business-world” skill of gambling, bluffing, and manipulation. The students are divided into a caste system, and anyone with significant losses become the school “pets”. Enter a seemingly innocent new student… who exhibits a dark and sadistic side when gambling is mentioned.

Though from an art, and story stand-point this isn’t the best series, it’s still a ton of fun to read! Plus, the games were so creative, you can’t help but want to play too. Definitely would recommend you check it out!

So, those are my recommendations this week. What are your favourite game-centric manga?

If you would like to participate in #mangamonday recommendations on your blog or YouTube (or wherever), check out the instructions and future topics, here: https://mangahoarder.com/mangamonday-recommendations/