Translated from the Japanese by Ko Ransom.

High school student Kei Nagai is struck dead in a grisly traffic accident, but immediately revives to learn that he may not be like every other human. Instead, he may be a mysterious, almost immortal being, granted not only the powers of rejuvenation, but the abilities to see supernatural beings. Scared, he runs away, and is aided in his escape from society by his friend. Unfortunately for Kei, the manhunt is on and he will soon be caught within a conflict between mankind and others like him as they prepare to fight a new war based on terror.

This is more of a first impressions than an actual review. I’ve read 8 volumes of the series so far (which is all we own currently) so that is what I will be commenting on.

This is a bit of a surprising series for me, I’ve been pleasantly surprised by it. Maybe not pleasantly…horrified…no less than 3 times has this title made my hair stand on end…

This is a horror manga, and the scene is set by the second volume. When we see the fate that awaits the captured ajin. It is incredibly brutal, and may just be closely associated with one of my greatest fears. It is not something to read right before bed, especially if you are at all affected by gore.

I wasn’t expecting that. To be surprised by manga is what I’m always looking for when I read, even if the surprise is something as horrible as this.

The back cover (or the summary from GoodReads above) doesn’t fully grasp what this story is, or what direction it is going to take. This is probably the source of my surprise. Without getting too spoiler-y the basis surrounds the nebulous definitions of good vs. evil. The lines aren’t clearly drawn. You aren’t entirely sure who you should believe, who you think is good or bad, and who you think should win. But, it also feels more true because of this. 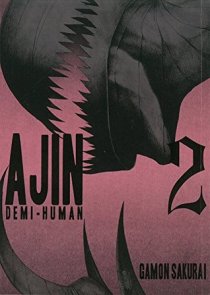 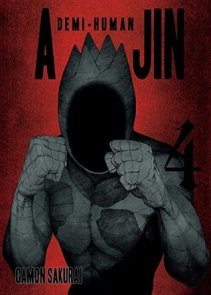 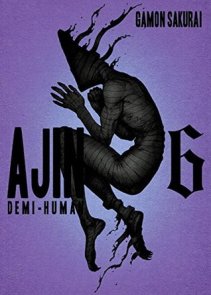 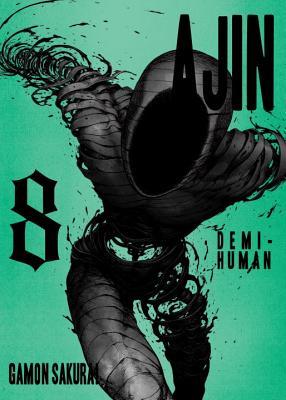 I think also, you can’t help but compare it to Tokyo Ghoul which began releasing around the same time in English. Both feature a young teen boy who discovers he’s a monster and now is being hunted by humanity.

And what is humanity after all? Though this question isn’t being as obviously asked as it was in Tokyo Ghoul, it is still a subtle underlining question. And possibly something that will become more obvious as the series progresses.

At the end of volume 8 we are left in the middle of an all-or-nothing battle where the “good” side appears to be losing. We still don’t know fully what the ajin are, and why they exist, and we certainly don’t know how to stop them. There are a lot of questions in this manga, which are slowly being addressed and answered as we progress. But, as these questions are resolved, more questions are asked…

This helps to keep the series highly engaging. I can’t wait to continue reading and fill in all of the spaces. I suspect I can guess the end result, but I can’t imagine how we’re going to get there, which has me hugely excited to keep going with this!

*Just an extra note of nonsense: The word Ajin literally means Demi-Human in English. So, the English title of “Ajin Demi-Human” is literally “Demi-Human Demi-Human”. The original series in Japanese is just “Ajin”, not “Ajin Ajin.” You can call the series what you want.