Funny, how despite being the person who sets up these themes, they seem to spring up on me! Ack!

Today’s #MangaMonday recommendations are for manhwa. So, not manga at all… this really should have been called #ManhwaMonday. Manhwa in its simplest definition are comics coming out of South Korea. There’s more to that definition, but I’ll talk about that at some later point.

I actually have a pretty size-able collection of manhwa in my collection, but it’s something I pick up rarely to read. I think I only read 2 or 3 titles last year. And, I rarely buy manhwa. I used to pick it up because I didn’t notice the difference between it and manga, plus it was published and promoted as manga… so as a new reader, the difference wasn’t clear.

But now as a seasoned reader, I will say that because manhwa can look so much like manga that it actually shows its differences more clearly. It comes from a completely different country, so of course the stories, art, scenarios, and iconography will be different. In my opinion, this difference is one of the main reasons you or I as a manga reader should be reading them. It challenges, and hones your understanding of another comic form.

So, here are a few titles that I recommend you check out: 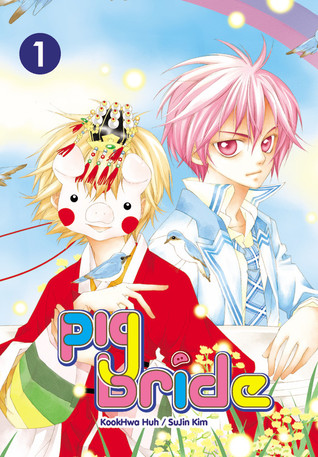 This is a short 5 volume manhwa that I would equate to a shojo fantasy romance. At the tender age of 8 a young boy, and son to a powerful family, finds himself lost in the forest. He is found by a girl in a pig mask, who’s mother threatens not to let him leave if he doesn’t marry her daughter. He is forced into this marriage, and then sent back to his family. But, at the age of 16 this girl which he remembers from his dreams now has appeared and is ready to start their married life together.

At 5 volumes, this series is packed with unexpected twists and turns, and is a treat to read. Plus, because it’s so short, it shouldn’t be too hard to collect.

This series is similar to the above in that it stars the self-assured and cool son of a wealthy family. His family has made a name for themselves in Japan. And, because of his behaviour he is sent to live in Korea to find his roots, and maybe correct some of his bad behaviour.

He soon develops a romance/rivalry with his new next-door neighbor. And they bond over their mutual love of cats! It’s seriously one of the cutest things. Plus the art is absolutely gorgeous!

The comparison is straight-up shoujo romance. But in this one at least, the rivalry (you know that girl who has a prior claim) is dealt with in a very unusual and refreshing way. It’s interesting to read, if only to get a new perspective on an annoying trope in manga. This manhwa, like it’s title suggests is Very! Very! Sweet and is my favourite title by this author/artist duo. 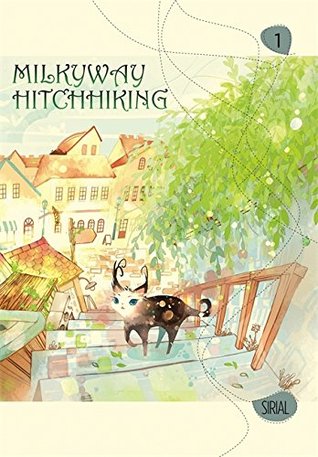 This is probably THE nicest and prettiest publication that I have from Yen Press. It’s printed in their standard large size, but they’ve used a heavy weight, thick, white, high gloss page. And the book is printed in full colour.

It needs to be in colour, as that is a primary feature of this manhwa. This is essential a series of stories about the cat from the stars. He travels to different times and locations and watches humans. Sometimes he is adopted by them, and sometimes he just sits back and observes.

It’s written in a very poetic and simple language, and is an incredibly cozy read. I would highly recommend you pick this up if you have the chance. It is absolutely a treat to look at!

I think that’s all I’m going to recommend today. I do have a few other recommendations in my video from today, too, if you want some more. Anyways, I hope I’ve encouraged you to pick up some manhwa and give it a chance!

If you would like to participate in #mangamonday recommendations on your blog or YouTube (or wherever), check out the instructions and future topics, here: https://mangahoarder.com/mangamonday-recommendations/

#mangahaul
Sailor Moon Moleskine notebooks!!
#TaiyoMatsumoto haul!
My sister @sassenachgaijin and I have been playing a game... scroll through instagram, find a photo focusing on a single manga, that we own, and haven't read yet...then read it. First up was #highriseinvasion by #tsuinamiura and #takahirooba as seen on @meettheweebfamily_dad.